A simple explanation of how money moves around the banking system 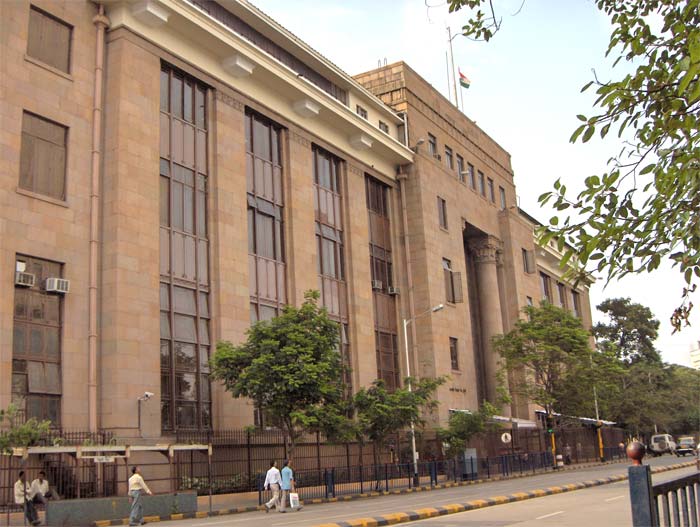 We talk about NEFT, and SWIFT and Wire Transfer, and… But almost nobody actually understands how payment systems work. That is: if you “wire” funds to a supplier or “make a payment” to a friend, how does the money get from your account to theirs?

This article attempts to give a simple explanation of how money moves around the banking system.

Source: A simple explanation of how money moves around the banking system | Richard Gendal Brown

Tipping over and falling down isn’t just for toddlers.

Even the most intelligent and able-bodied of us take a tumble sometimes–although here’s hoping all our grown-up tumbles are slightly more metaphoric (and don’t involve as many skinned knees). Whether you’re talking about a baby-sized trip-up or a Pets.com-style tumble from glory, there’s something about experiencing a failure that takes you to unusual territory that’s wide open for self-exploration, learning, and re-envisioning your problem.

A group of people who seem particularly adept at learning from their mistakes are founders of small companies. Here are three of our favorite example of entrepreneurs who’ve gone to the brink–and have turned things around for the better.

It started with an imported idea. With her 40th birthday in the rear-view mirror in 1999, Robin Chase had taken a year-long break from the workforce to care for her three children. Despite her strong desire to become an entrepreneur, she’d never yet been able to find an idea that didn’t eventually reveal a fatal flaw. Then, the big idea she’d been looking for pretty much pulled up and parked in front of her at a cafe in Cambridge, Massachusetts.

A friend named Antje Danielson had just returned from a trip to her native Germany, and she was full of stories about how quickly things were changing overseas. She’d seen a bold new business in Berlin: A rental-car company that offered cars by the hour instead of the day or the week.

Neither Chase nor Danielson had worked in the automobile industry. Chase didn’t even like to drive. Yet Zipcar, the company the two women cofounded out of Chase’s home, is now the world leader in car-sharing. It virtually created the industry in the United States.

What went wrong?
Zipcar launched in 2000 with a bang–acquiring its first customer just moments after the website went live, and getting favorable mentions in the Associated Press and on NPR after reporters saw the company’s green Volkswagens touring around the Boston area.

Creating a new industry had meant creating financial models. The company’s plan was to lease cars starting in Cambridge, and charge customers a monthly membership along with hourly or daily rates. However, just a few months after the company launched in 2000, Chase analyzed the hard data she’d accumulated and saw that some her calculations had been wrong.

Zipcar wasn’t charging enough to break even, and so she was left with little choice but to raise rates.

The brilliance of failure.
It was a moment of truth when Zipcar had to send a notice to its early adopter members, letting them know that rates would have to go up right away, and why. Chase was forthcoming about the miscalculation, and she was gratified to find that customers generally understood and accepted her reasoning. In short, Zipcar lost at most a handful of customers, who were replaced almost right away.

Chase recognized had that she was probably her own ideal customer—an urban, cost-conscious consumer who didn’t like the hassles of car ownership but who wanted the freedom to travel by automobile when she needed to. But the response to her fast pricing change was early reinforcement that she had already built Zipcar into a company with fantastic customer loyalty. Her customers didn’t just see Zipcar was a way to get around town, but something that might approach a way of life.

Lessons learned.
In the process of building Zipcar, Chase became a respected voice on transportation policy and the environment. She left the company in 2004, and Zipcar went public last year. She’s in Paris now, launching her next new company–Buzzcar, a peer-to-peer car sharing service.

When I talked with her last year, she marveled that she’d convinced an influential think tank to reevaluate its entire position on a transportation policy for the United States government.

“I just got this report and recommendation,” she said. “They even say—this is 180-degrees from what we were going to do. Billions and billions of dollars, and I just changed how it’s going to be done. I think that’s way cool.” –Bill Murphy Jr.

Fab.com: Where to Turn When Users Plateau?

The mistake:
By late 2010, serial entrepreneur Jason Goldberg and interior designer Bradford Shellhammer realized something devastating. Their one-year-old social networking start-up for the gay community, called Fabulis.com, had plateaued at 150,000 users and showed no real signs of future growth.

The guys also realized that the failure was all their fault. Instead of creating something innovative, they had spent their time playing dress up: They tried making the site the gay Facebook, then the gay Yelp, and even the gay Groupon.

“[We had to] admit that what we had built over the previous year was not a success,” says Shellhammer.

The brilliant part:
Shellhammer says finally admitting that their site was not a success gave the duo the confidence to start over. From scratch.

“We asked ourselves, ‘If we could do anything, what would we do?'” says Goldberg. “Then we asked three questions: What are we most passionate about? What are we good at? Where is there an underserved market? The answer was design, design, design.”

Shellhammer adds that admitting to utter failure “gave us the confidence to go to their board and ‘Hey, we have your money but we want to do something completely different.'”

The glorious fallout:
Once a rather dramatic pivot plan was in place, the duo shut down Fabulis. Three months later, in June 2011, it relaunched as Fab.com, a flash-sales site that sells indie designer housewares, apparell, and vintage items.

Since the pivot, Fab, which is based in New York City, has seen stellar growth.

In July, the company raised $100 million, just seven months after raising $40 million in funding, putting it at a $600 million valuation. What about breaking that 150,000 user mark? Fab says it now has close to 5 million members and plans to do $140 million in sales this year in roughly 20 countries.

“There was risk [in pivoting], but we looked at it as an opportunity, not a failure,” adds Shellhammer. —Nicole Carter

Entrepreneurial mistake:
Lee Rhodes first had the idea for Glassybaby–her company that makes colorful, hand-crafted candle holders–when she dropped a candle in one of the creations her husband made in glass-blowing class. She opened a production studio to keep making them; four years later, in 2003, she opened her own shop.
She had a dedicated business model that made her situation unique: after battling lung cancer, she decided 10% of her sales would always go toward charitable causes. Only that business model wasn’t too attractive to investors.
“One of the things we’ve always run into is no bank will loan us money,” Rhodes says. “No one will really understand the life extent of our product, how will we make money. It’s a real leap of faith to believe in what we do.”
She heard the same business advice from all corners: You can’t make these in American and still have a profitable business. So she agreed to outsource to save money, ordering 150,000 Glassybaby votive holders from China.

What’s so brilliant?
Once the Chinese-made votives arrived, Rhodes opened a case, examined the product, and then let the rest sit in the warehouse for nine months. The looked close enough in design to the original ones. But accuracy wasn’t the problem.
“I didn’t know how to fit them into my story,” she says. “There was no authenticity to them whatsoever.”
That authenticity was important: the company had billed itself as a caring purveyor of handmade goods that gave back as much as it could to the local community. Offering some Glassybabys made in China and others touted as being made by local glass blowers who get health insurance, didn’t make sense.
“There was no opening in my story to put in the China Glassybaby,” Rhodes says. She ended up giving them away to hospitals at a loss of $150,000 to the business.

Lesson learned: The outsourcing incident showed how important having a relatable story was to running a successful company that hopes to do more than make money.
“It really cemented the idea that we are made in America,” she said. “We support glassblowers. The actual experience of watching Glassybaby being born is beautiful.”
For a company that is competing with much cheaper similar products found at places like Pottery Barn, taking out the locally made angle would have diminished her story.
“It had a really profound effect on me,” she says. “That’s the last time I’m going to go off mission and off message.
Not everyone is going to understand Glassybaby.”
At least some people have supported the message: Not only has it expanded to several cities, including New York City, Amazon founder Jeff Bezos bought a 20 percent stake in the company after being impressed by its model. The company is expecting $8 million in sales this year, with plans to expand to San Francisco and elsewhere. –Tim Donnelly
3 Brilliant Mistakes That Built Companies | Inc.com

The 7 Iconic, Transparent, Empowering Business Buzzwords That Need To Die

When I started writing a blog to support my book, Talk Normal: Stop the Business Speak, Jargon and Waffle, I had an inkling that many of the words I loathed were common in the offices where I was working.
But this could be an illusion: Once we’re bothered by something, we tend to notice it more. So it could be that the business buzzwords that make me cranky are no more significant than the guy who bumps my chair when he walks past–which, on second thought, isn’t a big deal, he’s been doing it for years.
Not so, it seems.
I started to run quick statistical analyses of the published language when readers requested an investigation, and found that many idiotic, annoying, or just useless buzzwords and phrases really have infested our inboxes in the last 10 years. Some words are fun or informative. These words are not. If you find that these catchwords frequently litter your conversations or presentations, it’s probably time to consult a thesaurus.

Blue Chip, White Cotton: What Underwear Says About the Economy

For one answer to the nation’s most pressing economic question — when will the recession end? — just take a peek inside the American man’s underwear drawer.
Read more