Nostalgia for an old-fashioned milk bottle 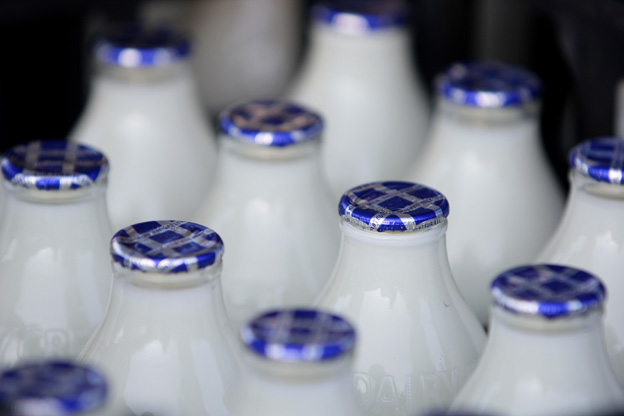 The announcement that Dairy Crest’s last glass milk bottle plant is to close has prompted a flood of nostalgia for a former staple of the British street.

The era of the glass milk bottle has left a legacy. Not least memories of the way milk used to be advertised.

But the nostalgia relates as much to the diminished presence of the milkman as the bottles themselves. Their ever-presence in British lives made them ripe for pop culture parody – mainly the faintly ludicrous idea of them having adulterous relationships with lonely women.

A Brief History of Vintage Matchmaking

We are an obsessed culture, and there are few things we tend to fixate on more than finding love. Over 41 million people in the United States have attempted to find a partner through online dating — a billion-dollar industry that banks on our desire for a connection. But services like OkCupid, Tinder, and Match.com weren’t the first computer-based dating platforms — or the first matchmakers. We spotted eight vintage matchmaking devices and services that demonstrate how dating was done before the age of the Internet.

Rights to all content (text, images, videos etc.) with post source. If you think attribution is in error email us

While shoe-horning these into conversation today might prove difficult, these 17 synonyms for sex were used often enough in 19th-century England to earn a place in the 1811 Dictionary of the Vulgar Tongue, a book for upper-crust Britons who had no idea what the proles were talking about.

To say two people were engaged in the amorous congress was by far the most polite option on the list, oftentimes serving as the definition for other, less discreet synonyms.

“Those two recently opened a basket-making shop.” From a method of making children’s stockings, in which knitting the heel is called basket-making.

One on top of the other. “Rumor has it he found her bread and butter fashion with the neighbor.”

“Yeah, we had a brush once.” The emphasis here is on brevity; just a fling, no big deal.

“They left together, so they’re probably at clicket.” This was originally used only for foxes, but became less specific as more and more phrases for doing it were needed.

Aside from the obvious, this also comes from “making children,” because babies have faces.

There is probably no way to use this in seriousness or discreetly, but there you have it.

“Grounsils” are foundation timbers, so “on the floor.”

Similar to “amorous congress” in that this was a gentler term suitable for even the noble classes to use, even if they only whispered it.

“Flyers” being shoes, this is “dressed, or without going to bed.”

Giving a girl a green gown can only happen in the grass.

A woman who sleeps with soldiers coming in at port is said to “make a lobster kettle” of herself.

Those shared by “a fat man and woman in amorous congress.”

A game at pully hawly is a series of affairs.

In the story of St. George and the Dragon, the dragon reared up from the lake to tower over the saint. “Playing at St. George” casts a woman as the dragon and puts her on top.

Similar to having a brush, “making a stitch” is a casual affair.

A tiff could be a minor argument or falling-out, as we know it. In the 19th century, it was also a term for eating or drinking between meals, or in this case, a quickie.
Source: 17 Euphemisms for Sex From the 1800s – Mental Floss
eklectica - this, that & everything